The Secret Gardens of Trump Tower 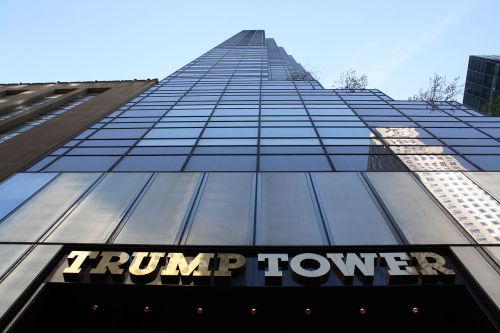 In 1979 Trump made a deal with New York City. If he committed 15,000 sq ft to amenities for the public, including terraced gardens, he could add twenty extra floors to Trump Tower. The deal net Trump $530 million.

The public, for the most part, lost.

Known as POPS, privately owned public spaces, the spaces are legally required to be open to the public under a city’s zoning ordinance or other land use law. Across New York City there are more than 500 POPS in 320 buildings, but Trump Tower’s gardens are not well known because Trump Tower itself, the corporate headquarters of Trump Organization, barely acknowledges the existence of these spaces.

In the past thirty years Trump Tower has been fined repeatedly on its POPS agreement. Signage to the gardens is neither noted at the 5th Avenue entrance to Trump Tower nor on the building’s directory. Paramilitary guards guard the Tower, joined lately by Secret Service. The 6 story atrium space is often closed for press conferences, and public seating replaced with kiosks selling Trump’s “Make America Great” hats.

One reporter made six attempts over a period of two weeks to get into the gardens, only to be told on one occasion that the garden was closed due to rain.

Wait… closing a garden due to rain?

So I checked with some of my sources in the city: Dave Yourgrau, Program Director at Startup Institute; Sarah Yourgrau, Producer for Film/TV; and Yogi Shmuel, Real Estate Agent at Douglas Elliman Real Estate. Were any of them aware of public gardens at Trump Tower? No, they were not.

“I have never heard of the gardens, nor do I know of anyone who has,” explained Dave. “Trump properties have a huge reputation of being unavailable to the public.”

Reporters from Salon, Business Insider, Crains New York, Untapped Cities, and aPOPS: Advocates for Privately Owned Public Space who have found a way into the gardens at Trump Tower tell us we’re not missing much. “A handful of hostas, a small maple tree, built-in granite benches, and a garbage can” was one description of the 4th floor garden. On the 5th floor, “A row of seven trees, probably Japanese maple or cherry (four of whom were dead).”

Not the flora and fauna one might expect in a garden, nor the visitors. Is nothing about this man, Donald J. Trump, natural? Has he ever grown so much as a geranium on a windowsill? My guess is he has not. To say nothing of a sense of civic duty. That deal he struck with the city of New York was never much more than a nod to nature on his part.

It was always about the twenty floors.

The importance of urban gardens to city dwellers cannot be stressed enough. Gardens restore both our lungs and our spirit. They provide a sanctuary, a connection and with nature, a sense of season, and an unhurried stillness. Lynden B. Miller, Director of The Conservatory Garden in Central Park observes, “People simply feel better about themselves and their communities when surrounded by beautiful plants.”

And those who plant, or provide a garden, know that they are doing something for the good of the world.

Donald J. Trump is missing this, all of this.